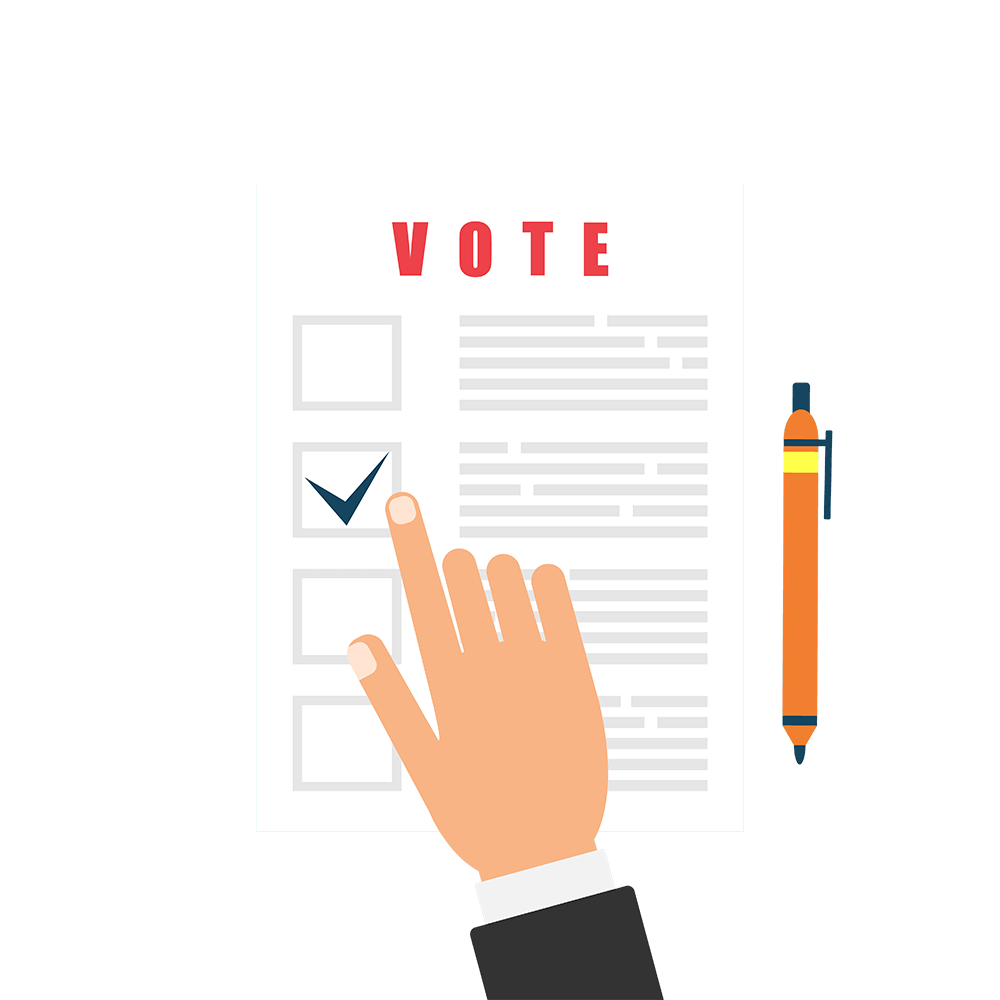 Primary Election 2020
June 2, 2020
Primary Election
The Primary Election is an election to determine which candidates will qualify for the General Election for a given party. In Iowa you must be a member of the political party of which you wish to vote for in order to participate. This is known as a "closed primary." The primary election is held on the 1st Tuesday following the 1st Monday in June of each even-numbered year.

City/School Election 2019
November 5, 2019
City/School Election
Beginning in 2019, School and City Elections will be combined and held in November of odd-numbered years. A City election is used to elect the Mayor and Council Members and any other elected city officials. A School Election is an election to select School Board members for school districts within Benton County.

29 Sample Ballot(s)
Vinton-Shellsburg School District Special Election
September 10, 2019
Special Election
A Special Election is any election that is not regularly scheduled. A special election may be held for any purpose authorized or required by law; often to fill a vacancy or for a public measure.